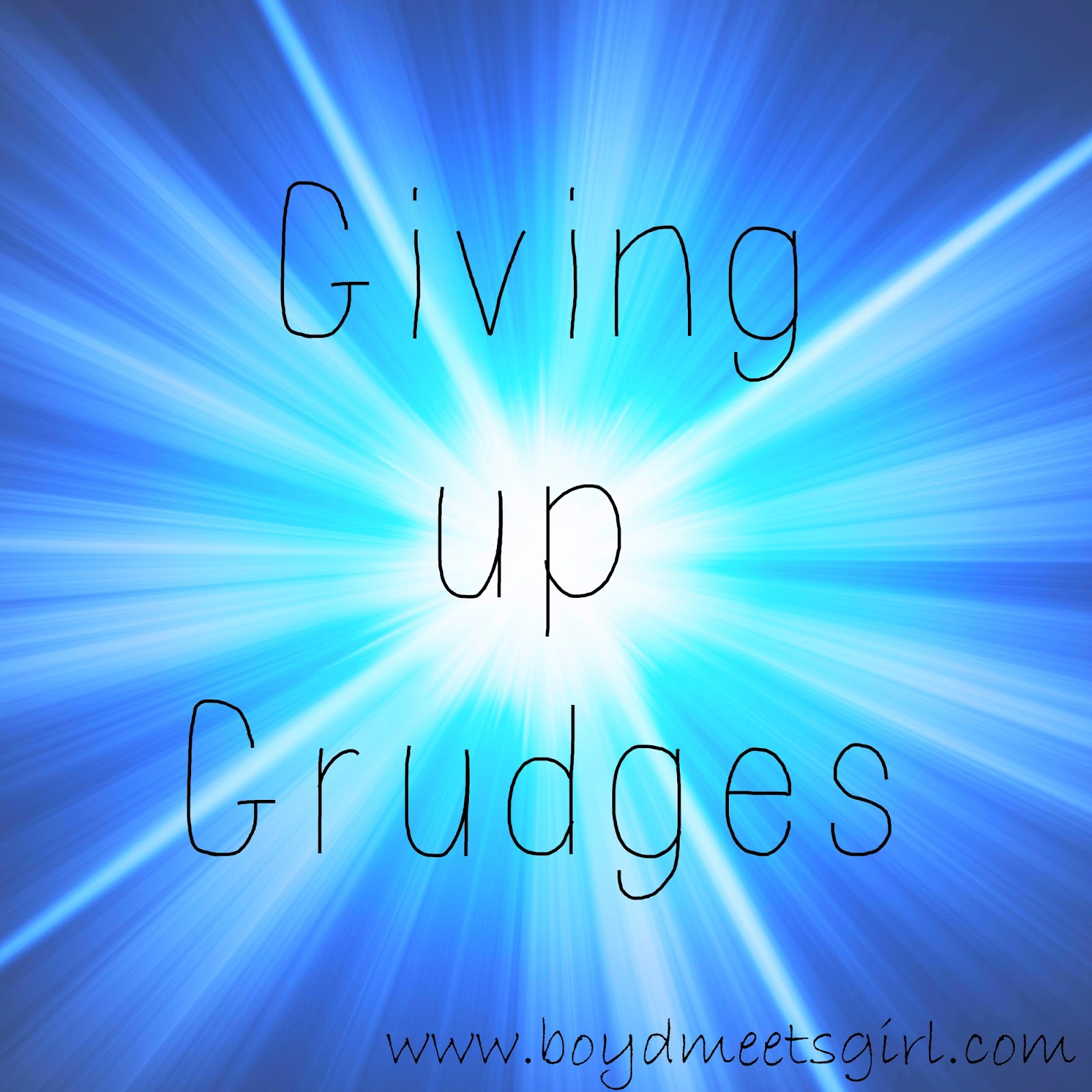 In celebration of Lent, each year people give things up -- meat, alcohol, Facebook (all of that is crazy talk, wink wink). One year, I gave up bagels and Dr. Pepper. Another year, I gave up Chipotle (that was a tough year). That same year I also gave up sweets. Although the sacrifice was great, I also greatly benefited from this hard work. In high school and college, I'm ashamed to admit that Lent was more of a weight loss scheme than any kind of religious act.

So, a couple of years ago, I decided to rethink what I was going to "give up." Everything I could think of had some kind of secondary personal gain. I started thinking about what I could give up that would make more of an impact, something less tangible. A real sacrifice.

Since the year I gave up grudges, I have made a point to not make enemies. I apologize when I need to, or even sometimes when I don't need to, in order to keep important relationships right. I'm not saying I'm perfect, because I'm definitely not. But I do feel proud of my take on Lent, and I encourage you to think about what you could do during Lent that could make more of an impact than just giving up coffee or going through the drive-thru.

March 31, 2014
Now, don't get the wrong idea here... I'm not sending a passive aggressive message out there to men (do men even read blogs?) that women hate doing house duties. We love it - right, ladies??? (wink, wink) And I'm not complaining either. (Although I do despise laundry, I love a clean house; so it's a double-edged sword.) One thing I'm BIG on is positive thinking . Sometimes, it is hard to be positive if you are feeling overwhelmed with dishes, laundry, cleaning, cooking... oh yeah... LIVING IN and maintaining a home. So, I thought sharing my thoughts on this topic could maybe help some disgruntled wifeys out there. 1) Don't hate, delegate - I'm a huge fan of starting young with manageable tasks around the home. There are a bunch of lists floating around the interwebs of chore lists for kiddos, and a lot of them are pretty dang silly (one suggests letting a 2-3 year old put dishes away, um no!)  -- but my favorite one is from Kids Activities Blog.  2) B
111 comments
Read more

February 07, 2018
As a busy, working and social mom of two young hellions, I am constantly teetering on the balance of completely and utterly (and not fabulously, might I add) losing my sh-word. Man, what a starter. What an intro! Hello, welcome to my blog. My name is Tara, and I’m completely crazy. I use the term “hot mess” way more than socially acceptable; in fact, there are times that I use the phrase, in reference to myself, and I can literally HEAR someone’s thoughts of annoyance in me. But, I digress. But, it’s true! I’m about one bad day away from flipping out hardcore. Part of it is my innate nature to be involved in *everything.* Combine that with my inherent disability to saying “no,” and it’s a recipe for… you guessed it… “hot-mess-ness.” Totally a word I made up and use… a lot. As I look at my planner (that I am obsessed with - who else have to have their lives written down somewhere or else they have NO IDEA what they are supposed to do that day?!), I realize…. “Dang, I am
16 comments
Read more

August 13, 2016
Guys, you know how I am. I tell it like I see it. And these days, I see a LOT of two things: asshole adults and asshole kids who will grow up to be asshole adults. Not raising an asshole requires work , so if you aren't interested in some blood, sweat and tears, then close your browser, and don't forget to write a rude comment on your way out. Let me preface this by saying: these suggestions are being made from my professional side, not my parenting side--- let's be real, the verdict is still out on whether my kids will grow up to be assholes or not (just kidding... over my dead body will they be entitled, dependent adults)... but still, the important distinction of point-of-view needs to be mentioned. Here are some ways not to raise an asshole: 1) Teach them how to do stuff. You know how kids don't come with an instruction manual? Well, neither does growing up. Kids learn from example how to do almost everything - show them how to do things! Don't just
24 comments
Read more