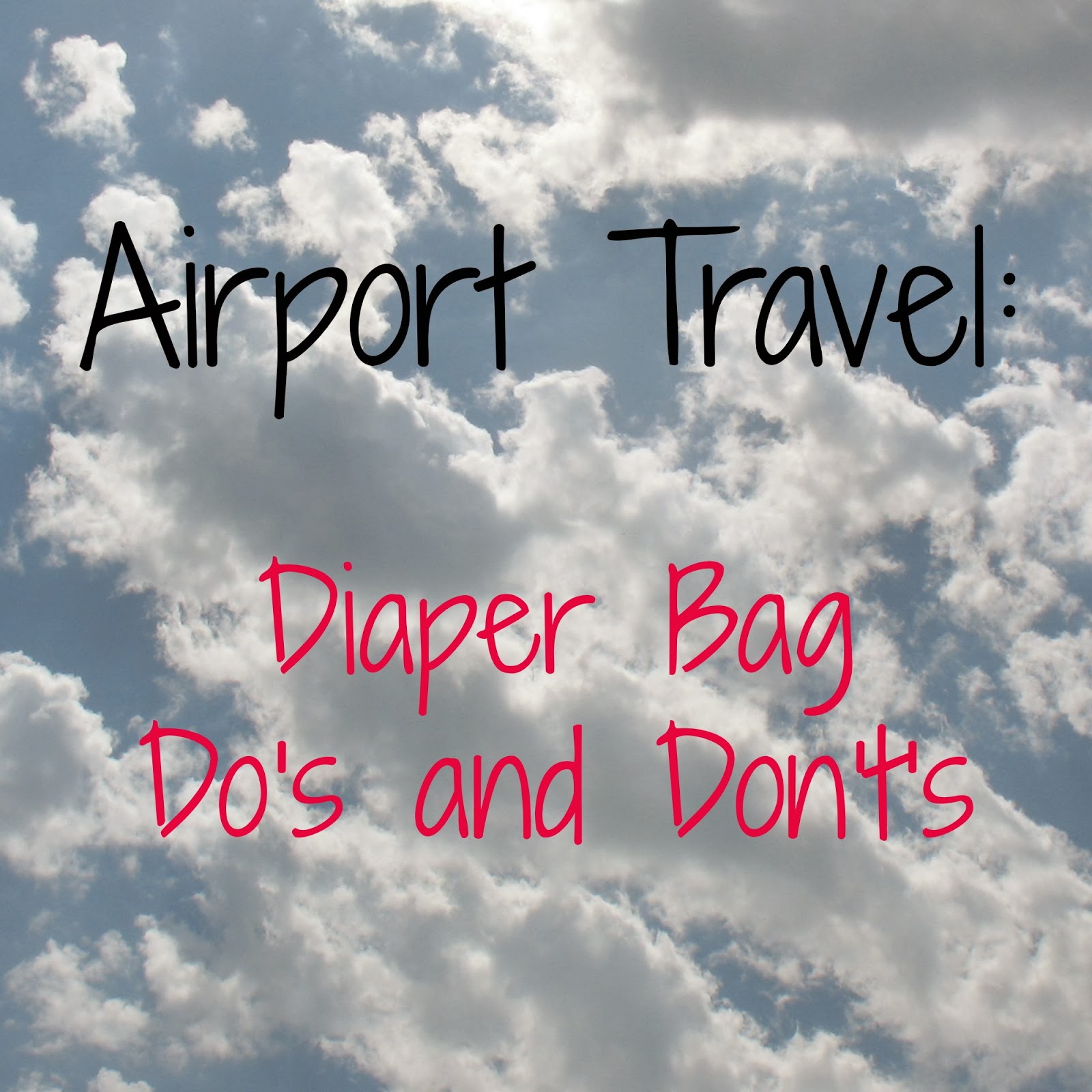 So, many of you know that in just two short days I will be traveling solo to Santa Fe, NM, from our home in Chicago. And with me, I am bringing my little bambina Beulah, all of her stuff, and a lot of prayers. Packing for this trip is like packing Madonna up for the zombie apocalypse. Beulah has A LOT OF STUFF.

We have done two big trips with her over the last almost 7 months. The first was a plane ride to Texas in October, when she was about 4 months old. I was with my husband. She promptly had blow-out diapers as soon as the plane took off both there and back. But, overall, it wasn't bad. We were headed to Texas (the best place EVER); we could have arrived covered head to toe in Beulah spit-up/poop/pee/whatever, and I wouldn't have cared!!!!! But I still packed a bunch of crap that I really didn't need for the plane ride. The second trip was a cross-country 15-ish hour drive from Chicago to Pennsylvania to see her big brother. Frequent stops for coffee and bottle water and a diaper rash later, I would have done a couple things different there as well.

The key is to pack enough of what you might need in the airport until you get to your destination, counting any disasters such as delayed/cancelled flights, getting stuck ON the airplane due to some unforeseen issue, etc. The list of crap that could go wrong at the airport is far to long for me to ponder right now, especially having a pending trip in a couple days. Editor's note: This list is made with a 6 month old in mind, so if you have a toddler, your list might be quite different. Check back with me in 18 months and I'll hook you up with a toddler list. ;)

- DO pack a couple extra changes of clothing. I anticipate one accident per flight, so since I am connecting once, I am packing 3 extra outfits. When I say outfits, I mean footed zip up pajamas like these from Carter's, because they are ONE piece, don't take up much space and are easy to put on and take off. Also, if anything where to, um, blow out of anything, the chances it will get OUT of the outfit are reduced since it is, in fact, a one-piece. But... never say never. Don't you dare say never!!!!

- DO pack some piping hot water in a thermos and put it in your bag! The sekurrrrty people might open it up and wave something around it to make sure it's not bomb materials, but they should let you bring it through. If they don't, you can always dump it out with a sh!t-eating grin on your face, and head to the nearest Starbucks before you get to your gate and ask them to fill it up for you. This hot water can be used to either make a bottle of formula or warm a bottle of breast milk, whichever is the method in which you feed your little babe.

- DO pack a dirty clothes bag in your diaper bag. Because babies get ultra-dirty, especially when you don't want them to. The last couple of time, I have done a big ziplock bag, but I think this time I might just go big or go home and put a handful of plastic bags you get from the grocery store. You can easy stuff them into a pocket until they need to be used, and then you can stuff it with whatever nastiness has been created and then tie it off without taking up too much space.

- DO pack plenty of diapers and wipes. This is a given, y'all. I hope y'all already know this. I'm packing 15 diapers and a pack of wipes in my diaper bag, which might be overkill, but can you imagine what a disaster it would be if, by some horrible occurrence, YOU RAN OUT?!?! Same goes for formula.

- DO pack a couple of emergency items, such as Tylenol (if you are the medicine-giving type like myself) or gripe water (hey, I give that to her too), and a soothie. I wouldn't go all out here, but if your babe is screaming bloody murder because her ears hurt, or she somehow unbeknownst to you developed a fever or an illness, it might be nice to have an emergency supply. Just saying.

- DO be smart with how you store your baby's food. My friend Kara gave me this amazing formula dispenser by Sassy that allows you to pre-measure out the powder so you can just dump it in a bottle and you are good to go. I didn't even know things like this existed! Sure beats the hell out of trying to scoop formula out of a can while juggling a hungry baby and a bottle, all while sitting down in the smallest space ever. Wow, that sounds like so much fun!!!!

- DON'T mess with your baby's grub. For example, my baby prefers her powder formula mixed with very warm water. We made the rookie mistakes of getting some pre-mixed liquid formula of the exact same brand and type (Nutramigen, so this stuff was EXPENSIVE), and she hated it. She probably spit more of it out than she actually digested. So, still hungry AND covered in nasty smelling formula = not winning. At all.

- DON'T overdo it with the toys. Chances are, everything that you bring will be dropped on the floor of the airport and/or airplane multiple times. If your baby is anything like mine, they will have as much fun with an empty water bottle or chewing on your scarf, so keep it simple. I'm packing a rattle (the people around me will really love that!) and her teething keys. Both are small and relatively easy to clean once they inevitably get dropped on the ground.

- DON'T waste one nanosecond with those travel bottle warmer pouches that you stick directly onto your baby's bottle. They.don't.work. Period. Unless you are okay with luke warm liquid about 45 minutes later. Which I wasn't, and won't be.


One last thing: You can try to prepare for everything that may go wrong, but chances are everything will be just fine. Remember to be friendly and positive. Most people will either think your baby is cute and be nice to you, or pity you as they remember their days as a parent of a young baby and be nice to you. Some people are just assholes, and they will be assholes whether you have the perfectly-packed diaper bag or not.

March 31, 2014
Now, don't get the wrong idea here... I'm not sending a passive aggressive message out there to men (do men even read blogs?) that women hate doing house duties. We love it - right, ladies??? (wink, wink) And I'm not complaining either. (Although I do despise laundry, I love a clean house; so it's a double-edged sword.) One thing I'm BIG on is positive thinking . Sometimes, it is hard to be positive if you are feeling overwhelmed with dishes, laundry, cleaning, cooking... oh yeah... LIVING IN and maintaining a home. So, I thought sharing my thoughts on this topic could maybe help some disgruntled wifeys out there. 1) Don't hate, delegate - I'm a huge fan of starting young with manageable tasks around the home. There are a bunch of lists floating around the interwebs of chore lists for kiddos, and a lot of them are pretty dang silly (one suggests letting a 2-3 year old put dishes away, um no!)  -- but my favorite one is from Kids Activities Blog.  2) B
111 comments
Read more

February 07, 2018
As a busy, working and social mom of two young hellions, I am constantly teetering on the balance of completely and utterly (and not fabulously, might I add) losing my sh-word. Man, what a starter. What an intro! Hello, welcome to my blog. My name is Tara, and I’m completely crazy. I use the term “hot mess” way more than socially acceptable; in fact, there are times that I use the phrase, in reference to myself, and I can literally HEAR someone’s thoughts of annoyance in me. But, I digress. But, it’s true! I’m about one bad day away from flipping out hardcore. Part of it is my innate nature to be involved in *everything.* Combine that with my inherent disability to saying “no,” and it’s a recipe for… you guessed it… “hot-mess-ness.” Totally a word I made up and use… a lot. As I look at my planner (that I am obsessed with - who else have to have their lives written down somewhere or else they have NO IDEA what they are supposed to do that day?!), I realize…. “Dang, I am
16 comments
Read more

August 13, 2016
Guys, you know how I am. I tell it like I see it. And these days, I see a LOT of two things: asshole adults and asshole kids who will grow up to be asshole adults. Not raising an asshole requires work , so if you aren't interested in some blood, sweat and tears, then close your browser, and don't forget to write a rude comment on your way out. Let me preface this by saying: these suggestions are being made from my professional side, not my parenting side--- let's be real, the verdict is still out on whether my kids will grow up to be assholes or not (just kidding... over my dead body will they be entitled, dependent adults)... but still, the important distinction of point-of-view needs to be mentioned. Here are some ways not to raise an asshole: 1) Teach them how to do stuff. You know how kids don't come with an instruction manual? Well, neither does growing up. Kids learn from example how to do almost everything - show them how to do things! Don't just
24 comments
Read more